Children may suffer from various thoracic conditions that might require a surgery for correction. Though most surgical situations can be handled via thoracoscopic ( key-hole) approach but at times the child may need a formal open surgery. We shall discuss some common pediatric surgical conditions below that affects the chest of the child.

What are the common surgical problems seen in child's chest?

Of the above tracheo-esophageal fistula's and diaphragmatic hernias are usually seen in the newborn period. The cysts and empyema are encountered in the older child. At times, children may be affected by cancers in the chest also.

What is a cyst?

A cyst is an abnormal hollow ballon like structure which may be filled with fluid or semisolid material.

What are the cysts seen in chest ?

certains cysts are seen in the lungs at the time of the birth or later in infancy when the child comes with complaints of repeated infections or breathing difficulty or compression of major structures by the cyst.

What is a CCAM?

Congenital cystic adenomatoid malformations ( CCAM) are a cystic condition of the lungs where the cysts are found within the lungs. The cysts can cause infection or difficulty in breathing or compression of other structures leading to heart failure. These cyse may be identified antenatally in the unborn child, may present with difficulty in breathing at birth or may be seen on x ray of chest after birth. At times they may present as repeated chest infections in an older child. CT Scan is best to diagnose the condition. Though, most CCAMs identified before birth resolve during the course of the pregnancy, if present at birth , require surgical removal. In most cases the child requires a day or two of icu care and is discharged in the same week.

What is a BPS?

Broncho-pulmonary Sequestration is a non functional portion of the lung which lies away from the normal functioning lung or at times within it. It may also a cause repeated infections or msy be seen as a lump. It can lead to heart failure. Ultrasound doppler and CT scan can help in identifying the BPS. All BPS ultimately require surgical removal.

What is a CLE?

Congenital Lobar Emphysema is a condition where a part of the lung is overinflated. it occurs due to air trapping as result of abnormal airways in these children. In most of the cases it causes breathing difficulty in newborns.CLE is usually easily seen on simple Xrays of the chest but at times a CT scan may be needed to diagnose it correctly. If a CLE is present in a newborn especially that which is associated with breathing problems urgent specialised care needs to be given to the child. It is best managed in centres which have experience in handling surgical newborns. The over inflated segment of the lung needs to be removed surgically in babies having CLE

What is an H-Type Tracheo-esophageal fistula?

Tracheo-esophageal fistulas (TEF) are abnormal connections inbetween the food pipe and the wind pipe of the child. TEF are usually associated with an abnormally formed esophagus and the child is diagnosed at birth because of an inability to swallow milk. Rarely, the connection may exist but the esophagus is normal. This condition is called an H-type TEF and is not evident at birth. These children usually present with repeated upper respiratory tract infections, coughing at the time of feeding. Usually the suspicion of this type of defects arises within 1 yr of life. But rarely it is identified within 5 yrs of age. A special test called an contrast esophagogram is needed to seen this connection. Confirmation is done by a bronchoscopy. The H-type fistulas are closed surgically by putting a small cut on the neck of the child.

Congenital diaphragmatic Hernia (CDH) are defects in the diaphragm of the child. The daiphragm is a muscle that seprates and keeps apart the chest and the abdomen of the child. Ususally such defects are identified before the child is born and are managed in the newborn period. At times CDH may be seen in an older child and present with rpeated chest infection, poot excercise tolerance and a failure to thrive. Another closely related condition is called Eventration, in which though there is no defect but the diaphragm is very loose and bulges into the chest more than normal. Both conditions need surgcial repair.

What are the approaches to surgery in a childs chest?

Most surgeries in the chest of the child can be done with the help of a thoracoscopic approach. In this approach small 5mm cut is made thorugh which a camera is placed into the chest. The rest of the surgert is completed through two or more 3mm cuts for passing various instruments. More uncommonly there might be a complex or unaccesible lesion that might need a thoracotomy. In thoracotomy the child;s chest is opened from the side and the surgery is done.

What are the common issues in children with thoracic surgery ?

Most children after thoracic surgery need 1-2 days of ICU care. During this period the child might need ventilator support. These children are sent to the wards thereafter. Almost all children after thorcic surgery have a special drain called an ICD after the surgery. On an average this tube is kept for 5-6 days after which it is removed. Suring the period when the ICD is still present special care needs to be taken for it. At times a major portion of the lung needs to be removed and such children may need respiratory support for a longer period

What is the longterm outlook for a child after a chest surgery?

Have any question or need any consultation?

Our Team of Doctors 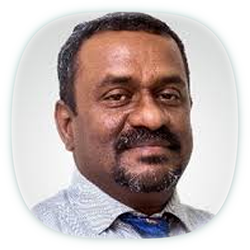