What is foreign body ingestion/

Foreign body means any object that obstructs and harms the food passage which is the food pipe (esophagus), stomach and intestine. When such a foreign body is swallowed by a child, it is known as Foreign body ingestion. The common foreign bodies are coins, metals, plastic parts of toys, button batteries, peanuts, marbles.

What are the health problems associated with foreign body ingestion?

Most foreign bodies pass harmlessly through the gut of the child, but if they are large or have sharp edges then they can get lodged anywhere along the tract and produce obstruction. Mechanical trauma can cause injuries which might be life threatening. Certain foreign bodies like batteries can open in the intestines and cause severe burns and poisoning . Needles and pins can migrate across the gut into the other organs. corrosive agents produce burns in the short term and strictures over time when ingested.

When should I suspect that my child has swallowed a foreign body?

Typically there is confirmed history that the child has swallowed something that was witnessed by the caregivers or reported by the child itself. If there is no such history and a previously healthy child suddenly develops pain, difficulty in swallowing , drooling of saliva, abdominal distention or recurrent vomiting then a foreign body may be suspected.
It is recommended that such a child should be taken immediately to the emergency healthcare facility where proper attention can be given to the child.

What is foreign body aspiration?

Accidental entry of any object into the airways is known as foreign body aspiration. It typically occurs when a child is playing with small objects in their mouth, or when they are eating small hard food stuff like nuts and candies. Aspiration is also known to occur when the child vomits and the vomitus enters the airway.

What are the health problems associated with foreign body aspiration?

When should I suspect that my child has aspirated something?

Most commonly the foreign bodies are witnessed while the child swallows or aspirates it. This is particularly so when the child is playing with small beads or similar objects. At times the parents might notice that an object is missing.
When a previously healthy child suddenly develops coughing, fast breathing or turns blue then a foreign body aspiration is considered. In very small children aspiration might present with subtle signs of voice change or altered cry. Sometimes the foreign body can be there for a long time and the child might have chronic cough and recurrent pneumonia.
A swallowed foreign body is suspected if the child has unexplained vomiting, difficulty in swallowing, blood in vomit, black coloured stools and or unexplained tummy pain.

When should I consult a doctor if I suspect a foreign body ingestion or aspiration?

Any child with known or suspected foreign body should immediately show at the nearest healthcare setup with pediatric surgical and pediatric endoscopic facilities.

What are the steps that I can take immediately at home to help my child?

When a foreign body is suspected then do not try to remove the foreign body from the mouth with your fingers as this can most likely lead to injuries. It is best to put the child in a prone position with head down. Do not try to give the child any laxatives or any other thing designed to purge the foreign body.
In case the child is choking or is not able to breathe then an Hemlich’s maneuver may be tried if the parents are comfortable with it. If the swallowed foreign body is a battery then sips of honey may be given at 10 minute intervals to prevent the battery from opening inside the esophagus.

How are swallowed foreign bodies removed?

The child is evaluated in the Emergency for any injuries or any other problems. After the initial care multiple x-rays are taken in order to localize the position of the foreign body. If the foreign body is in the stomach or esophagus then an endoscopy may be done to remove it. foreign bodies that have entered the lower intestines are evaluated by the surgeon and based on the same the decision to remove them is taken.

How are aspirated foreign bodies removed?

Have any question or need any consultation?

Our Team of Doctors 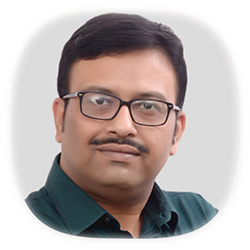 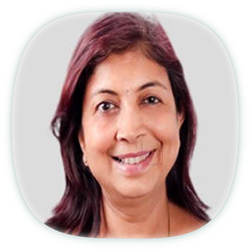